Waaargh time as the green skins go to war again!

We had our first game using Pendrakens new fantasy rules Warband at the weekend using my dads newly painted Goblin and dwarve armies. The game was played as a tester as I have not read the rules yet, so following a crash course from my dad on the game mechanics as he had ran a couple of solo games we set about playing a game. I used the dwarves and my dad used the goblins in a 500 point battle picked from the armies above.
Dwarve deployment 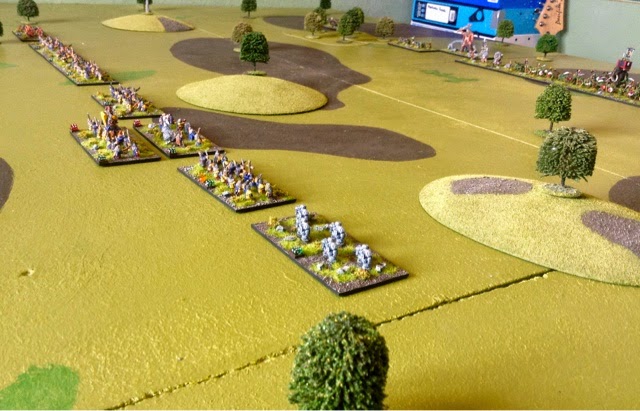 I found the rules very easy to pick up and sharp got the hang of how the game works. Obviously their were a few things I did which I wouldn't have done if I'd had a knowledge of the rules before the game but this did not defer the game from been a fun encounter.
A not so big friendly giant and trolls, who I might add are as tough as nails clash with dwarve warriors 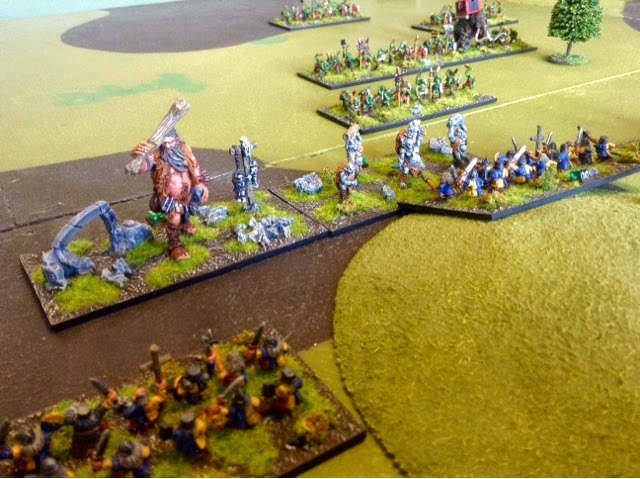 Goblin wolf riders making a flanking manoeuvre, only to find themselves a little to far away from the Goblin general and struggling to obey the command orders as the odd fight kicks off with in the pack,in typical green skin fashion. 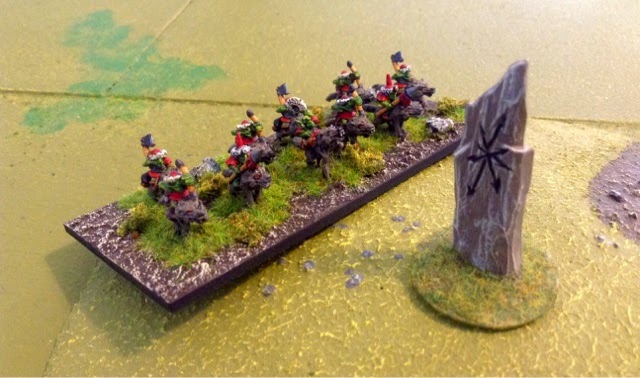 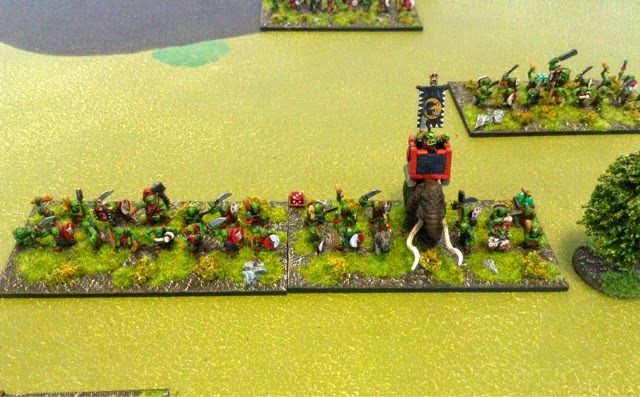 The mighty (at the moment) dwarve General aloft on his throne been carried into battle alongside the dwarve warriors and supported by a Dwarve spell caster who had mixed fortunes throughout the game. 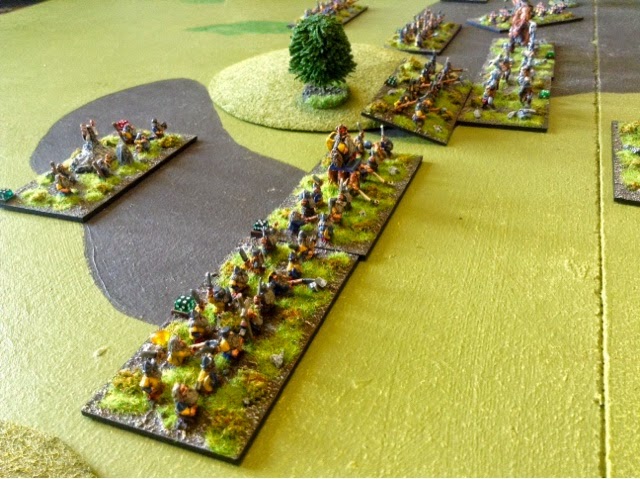 Goblin artillery in the form of Bolt throwers, not that they were a particular good shot! 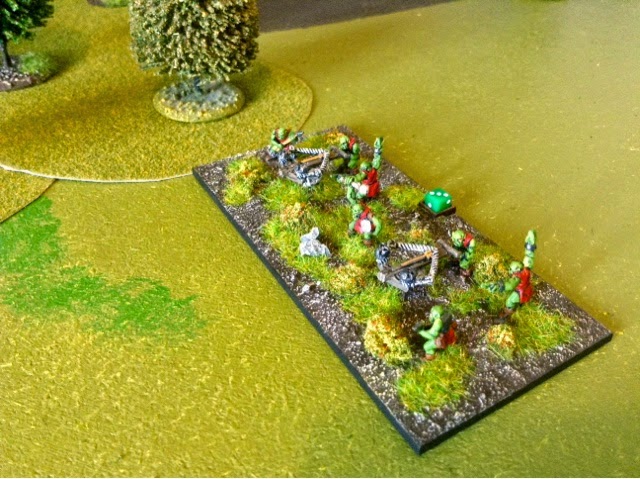 The giant turning his attention to the Handgunners sees the on coming ginger haired bezerkerseagerly  charging towards him looking for a honourable death. 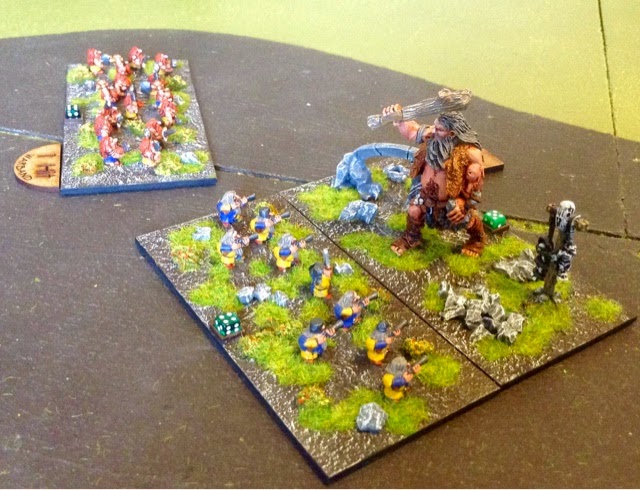 The trolls proved to be a really tough unit and battled against the dwarve warriors for much of gone game, coming out on top. 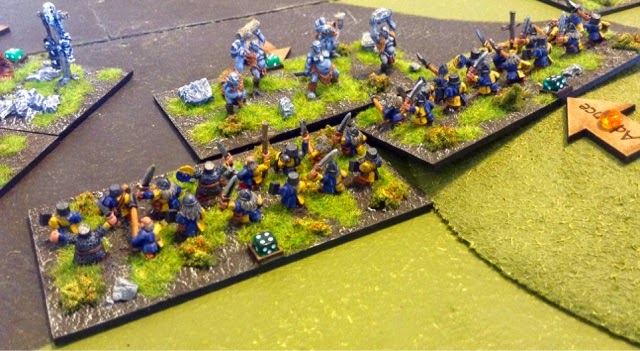 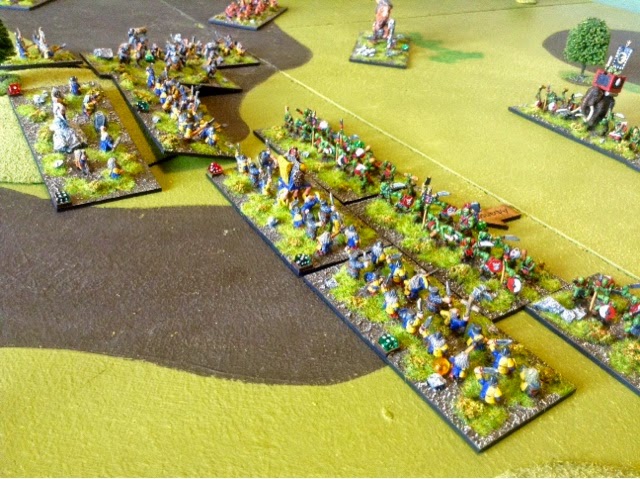 Thé trolls are hit from every side but still remain locked in combat although Bradley wounded by this stage. 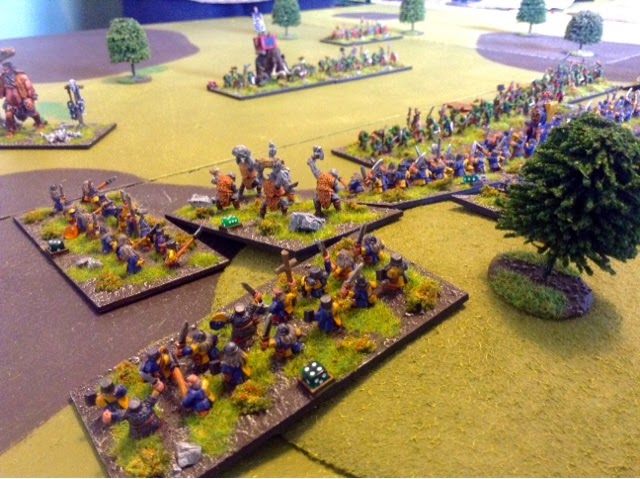 After a series of Hand to Hand combat the giant finally breaks and bounds off the battlefield, but alas the bezerkers are flanked and broken by the Goblin general The dwarve General has had enough and tales flight off the battlefield leaving the remains of the dwarve army to fend for themselves. 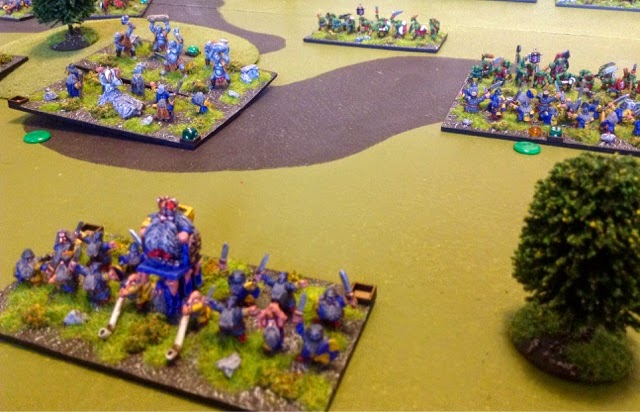 With the Dwarve General gone the goblins finished off the remains dwarve army as my Spell castor was destroyed by the Trolls. With the loss of this unit my army had lost the required points to hand a first victory to the Goblins. 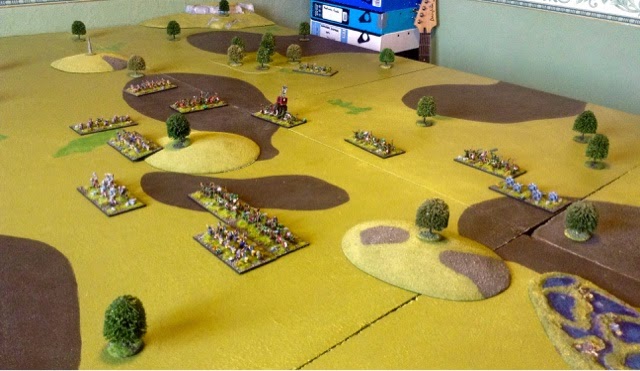 The game was a lot different from our usual fantasy games and they were a very fun laid back rule system. I enjoyed the game and I'm looking forward to try them again now I understand how they work. The only question now is do I do an army or two myself, mmmmm.
Here are some more photos of the armies: 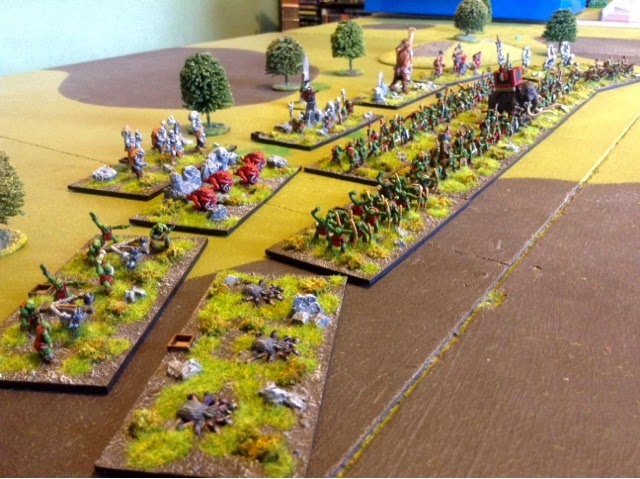 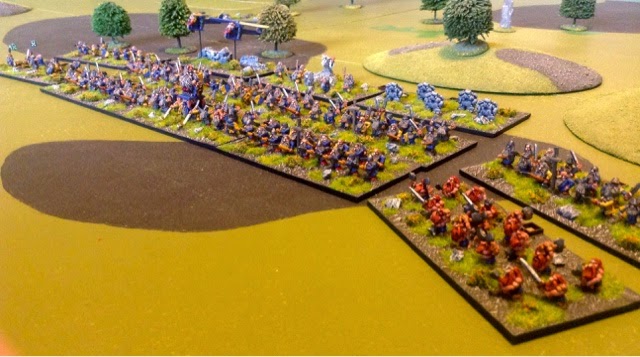 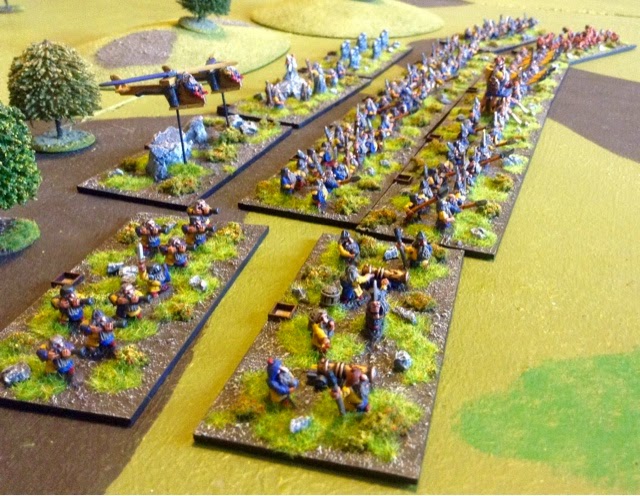