Finally got round to using the new Battlegroup Overlord book allowing my dad and I to fight a Western Europe game, I used a Panzer Grenadier battle group and my Dad used a British armoured force. The game was 700 points aside and we started the game with Half the platoons in reserve which we would start to roll for on turn 3. We decided to play a standard encounter mission, The British came out on top just failing to beat my break point by 2 points so claimed a tactical victory. The German armour had a day where they could not hit a barn door, where the British tank crews faired alot better and some of the German order rolls, well lets not go there... A fun game and nice to fight a British/German game after all our recent Eastern European games, enjoy the pictures

The Table set up 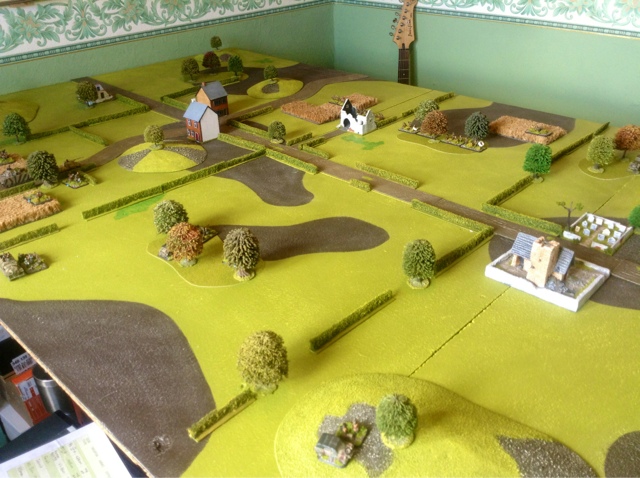 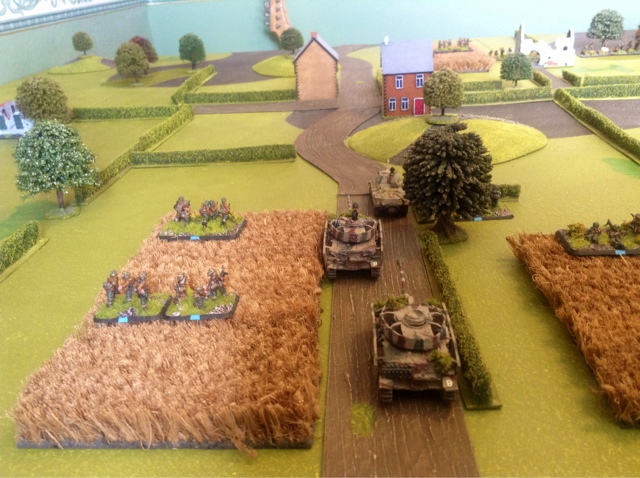 APanzer IV's leaves the road to head for the cover of the hedgerow with the Puma ahead scouting. The remaining Panzer IV waits in ambush for any Sherman's entering the game via the road. 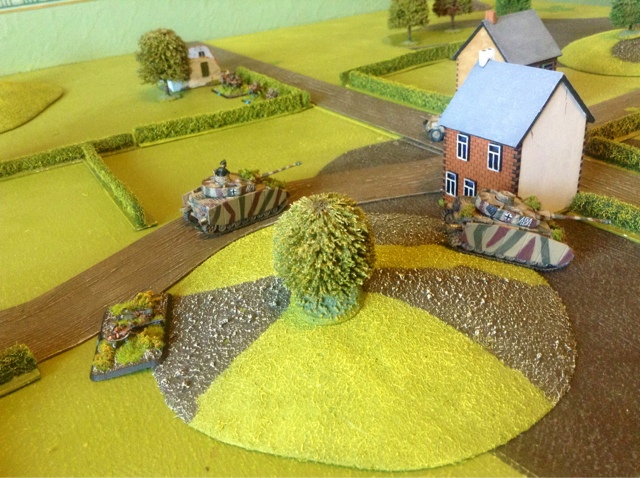 A panzer IV takes cover behind the small church waiting in ambush for the Sherman's to show their turrets behind the hill. 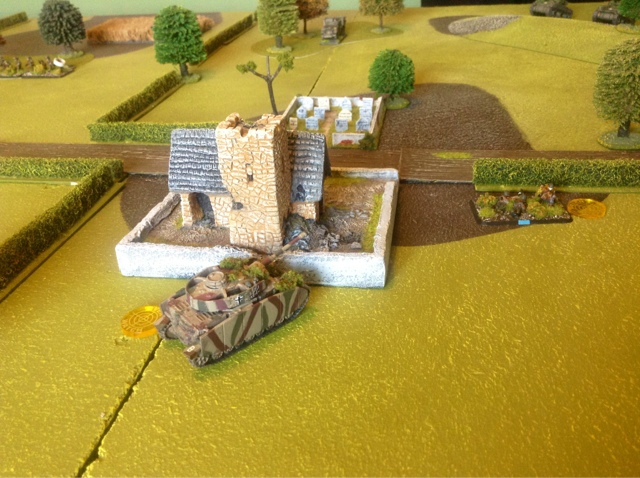 British armour in the shape of two Sherman's and a Firefly push through a small wood. 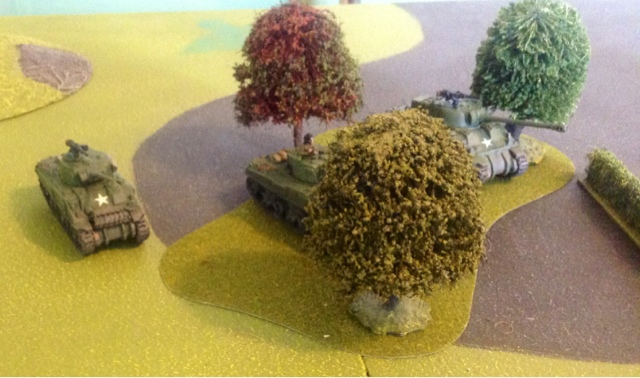 After the Panzer IV fired two shots wide of the mark the Sherman on the outside of the wood finds its mark with a direct hit, the Grenadier infantry take casualties but hold their ground with Faust's at the ready 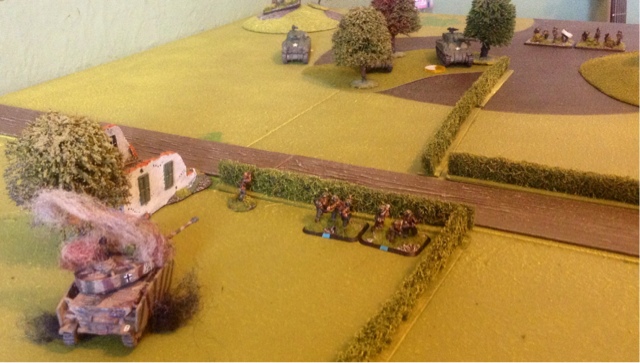 Heavy German support arrives in the form of a Jagdpanther and makes for the the cover of the hedge rows at top speed. 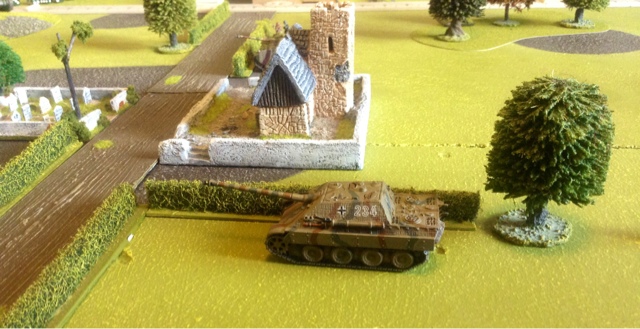 As more German Panzer Grenadiers arrive in their trucks the Panzer IV  repositions behind the building and engages in a fire fight with the Sherman in the distance. 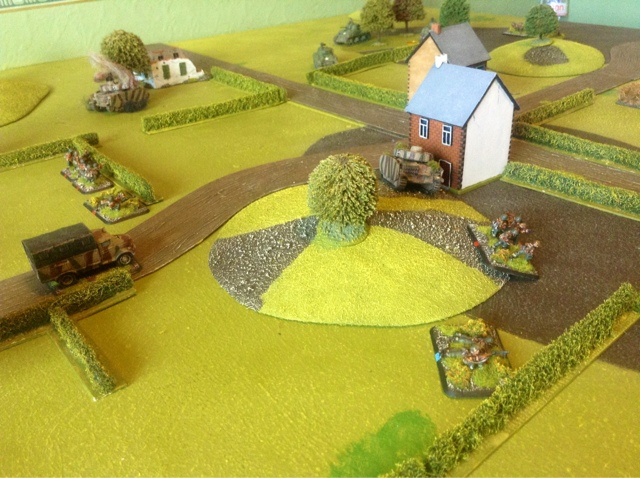 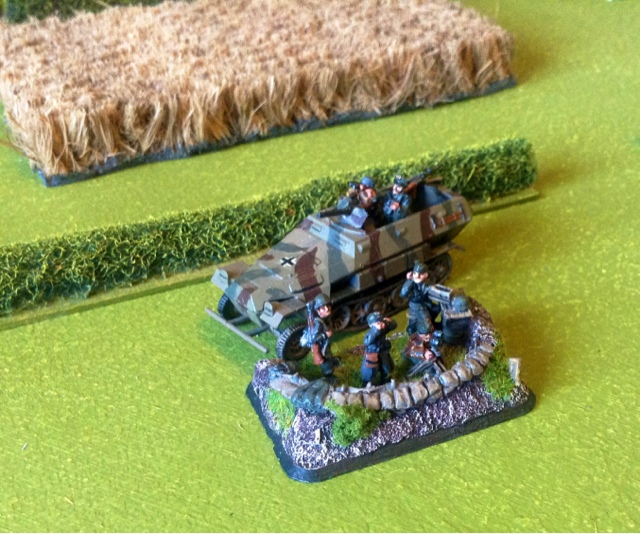 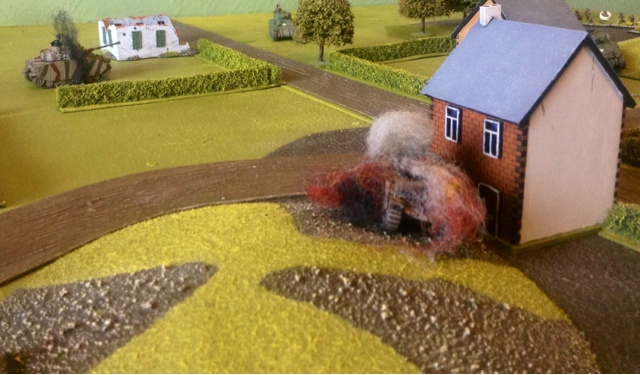 A British Firefly receiving orders from the HQ team 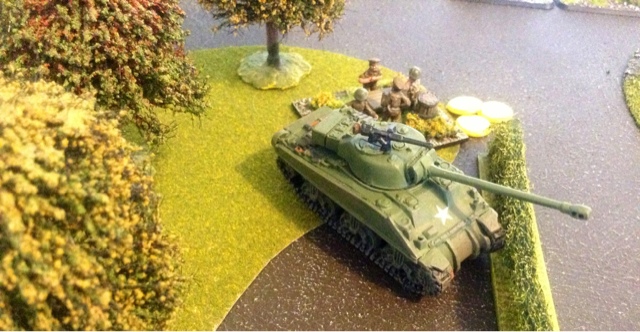 The Jagdpanther finds a new position but is struggling to find a Sherman willing to have a shoot out with... i wonder why that could be... 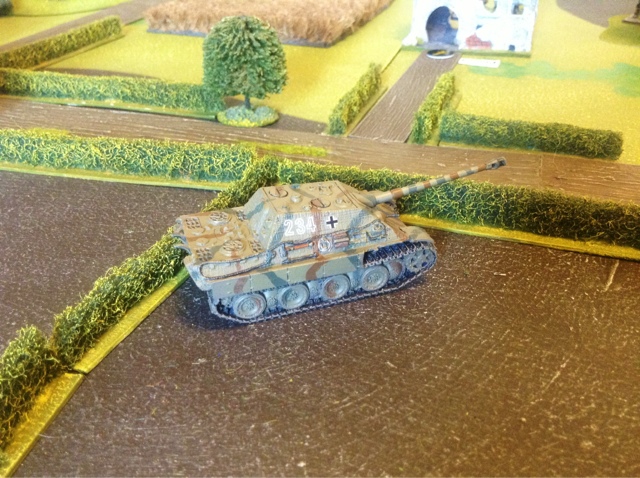 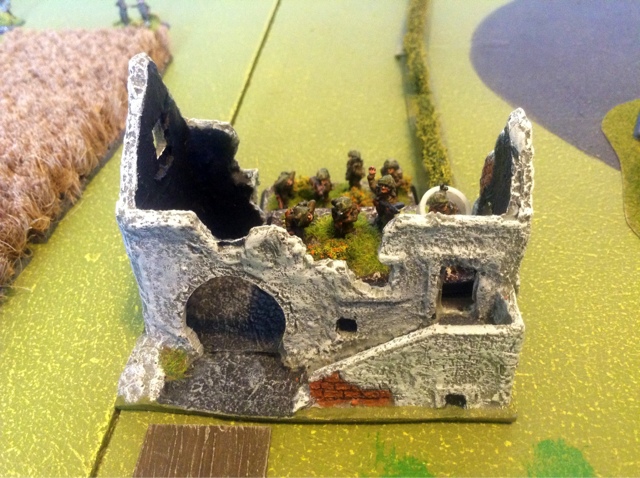 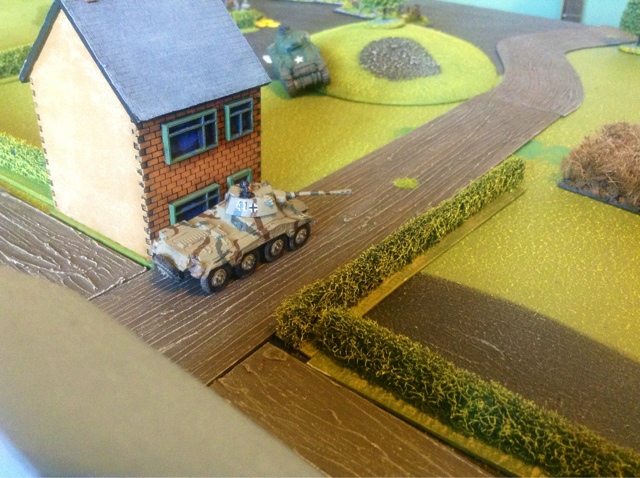 The effects two rounds of off table 25pdr artillery fire, unable to risk a morale chit due to how close my morale was to breaking the German attack was pinned to a almighty stop 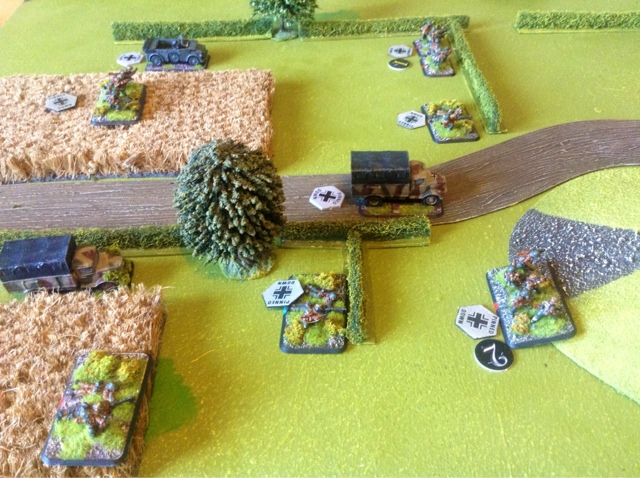