My money's on that This is not going to end pretty!! 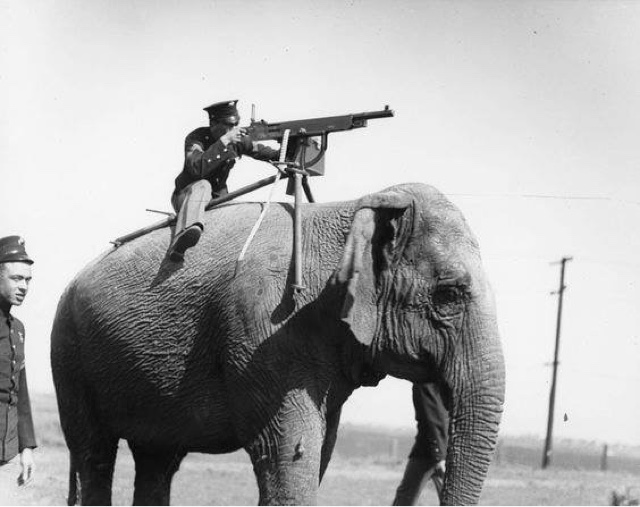 Victory for the British in a game of Blucher

Last weekend we played out a cracking game of Blucher using our French and British armies. We played our usual 300 points aside and this time my dad had deliberately left the battlefield fairly open so to encourage a attacking game from both sides. What played out over the next few hours was a game of ups and downs for both sides, just about every unit on the table was involved in some kind of action and needless to say both armies suffered high casualties. Alas though it was my French army that broke first when a brigade of British dragoons rode down a retreating brigade of French line infantry, This action saw my army reach its breaking point of seven units destroyed. The real turning point of the game was that my dad was able to retreat several units from the table when they were down to one elan point, depriving me of the points i required to break his army. Had he been unable to do this the game could quite easily been a French victory. I threw everything i had at the British lines including three brigades of Dragoons who despite catching the British unprepared could not break them despite repeated efforts. (despite having to re roll successful hits my dad has a uncanny ability to still roll enough hits to WIN! the combat in these situations). The British cavalry in the end managed to be the game winner when they were committed late in the game against a already battered French centre and repulsed the remains of the French attack and broke the centre. Once again the British infantry proved really stubborn and i was on the receiving end of a couple of rather devastating volley fire when my dads dice started to roll an alarming number of sixes. Both of us suffered highs and lows on our command rolls in the game, one time i was rolled 3 x 6's! and it wasn't a good day to be a sub commander as we both lost all of them as casualties during the game. This is probably the best game i have played so far using Blucher, it made for a really enjoyable, tense game which until the final moves could have been won by either side.
The elite french brigades of the 1st corp attack across the fields defended by the Brunswick's
British Hussars attack and rout a brigade of French infantry who have been on the end of a 'hard pounding'  from the British artillery 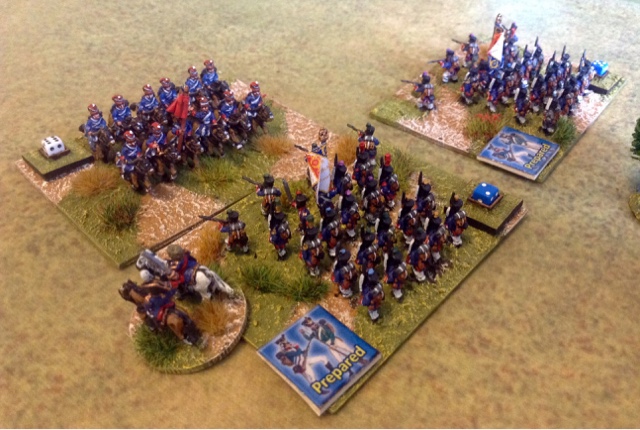 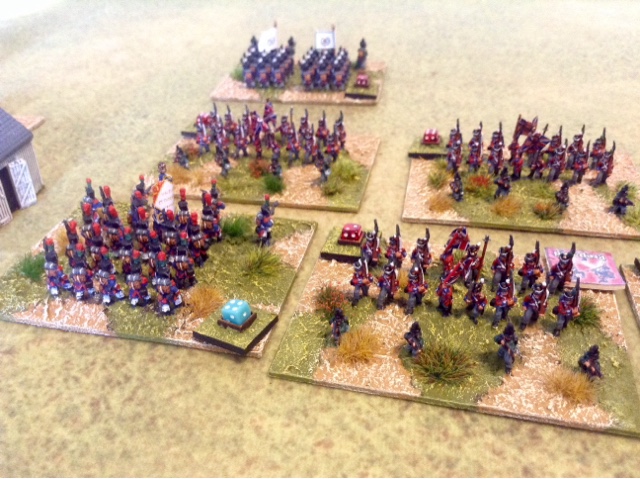 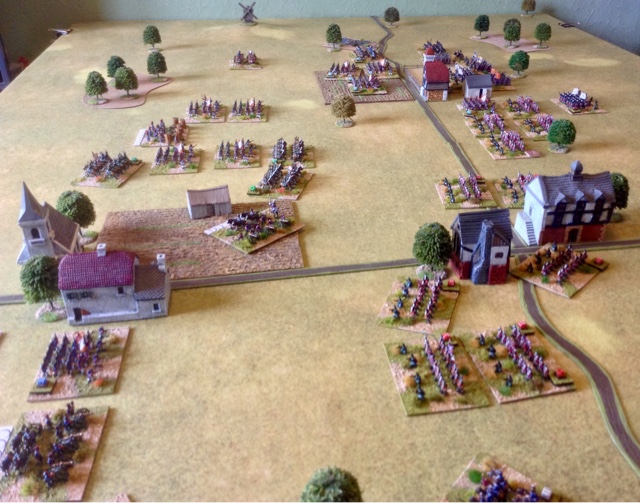 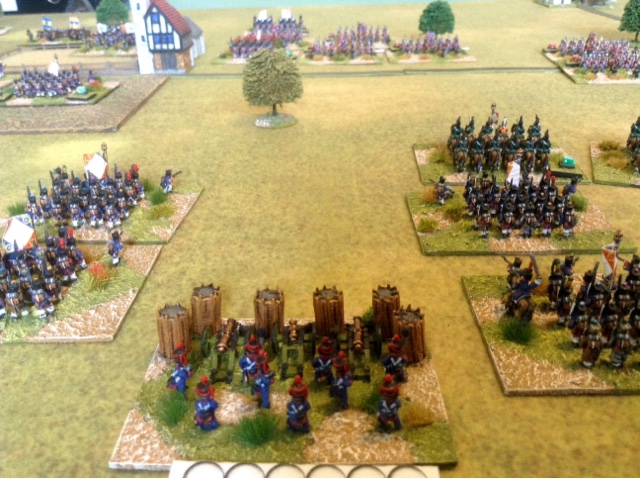 The Brunswick's manage repulse the French attack under the watchful eye of the Duke of Brunswick who with his rally ability had kept these brigades in the fight, however he was to fall as a casualty for his troubles 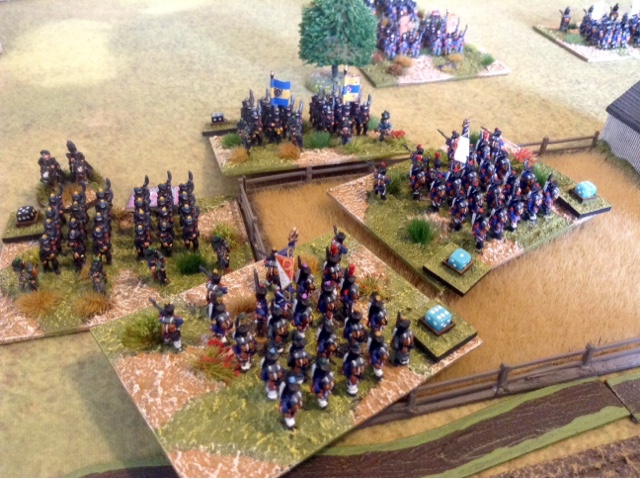 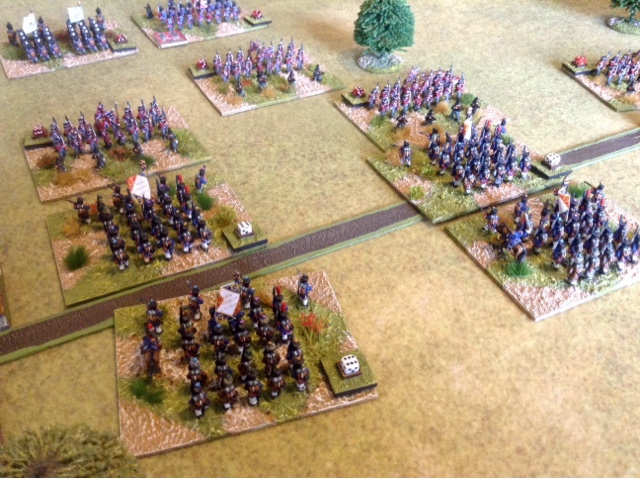 Mid way point of the battle 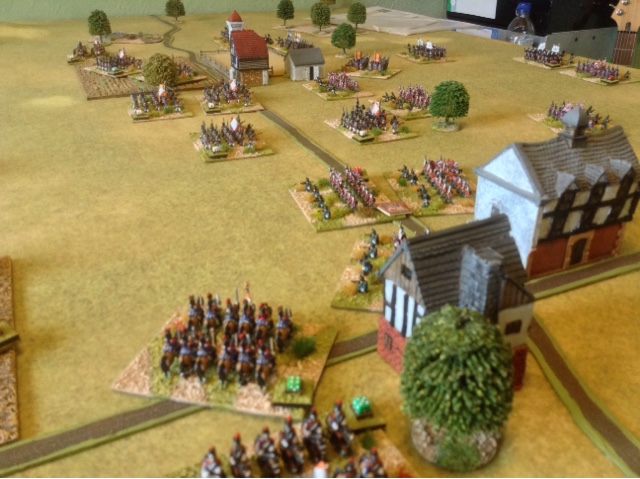 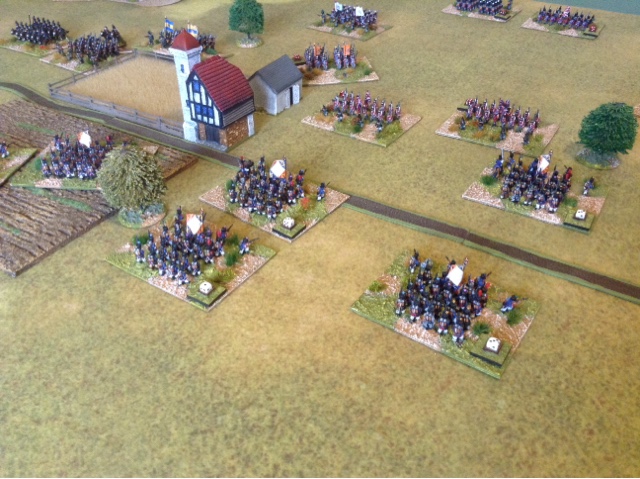 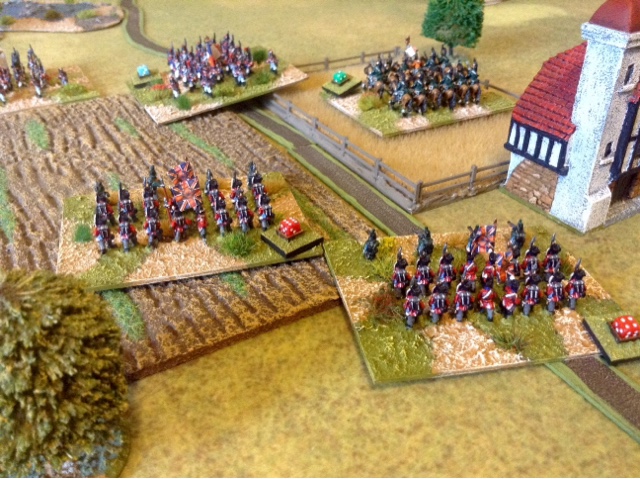 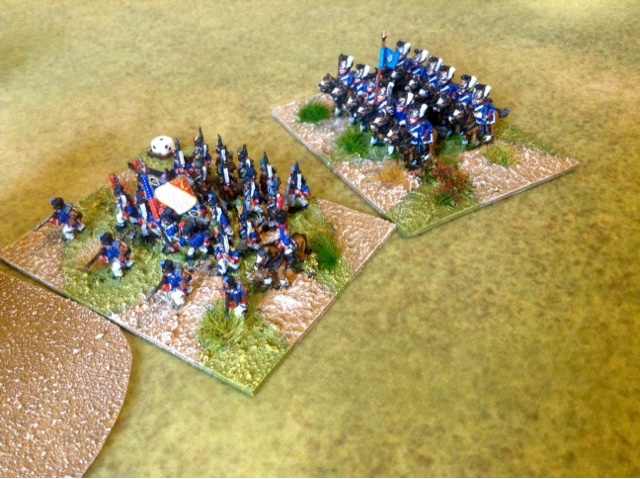 The rather sparse battlefield as the French army is broken 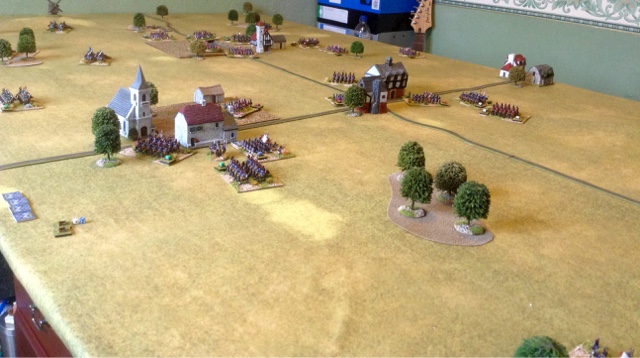 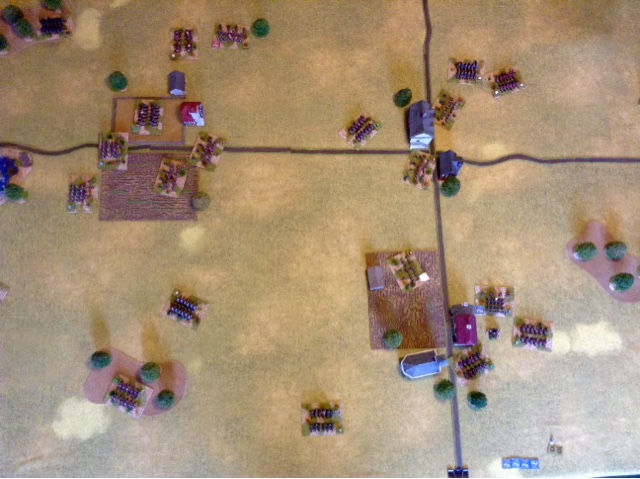 The remains of the British army out of 21 units, the back line the troops are spent (down to one elan point) with two units down to two elan points leaving 2 brigades of cavalry and 4 brigades of infantry left as a fighting force

And even worse were the French with 6 brigades down to 2 elan points leaving only 2 brigades each of infantry and cavalry that could be classed to be in a fighting condition out of a starting 21 units. 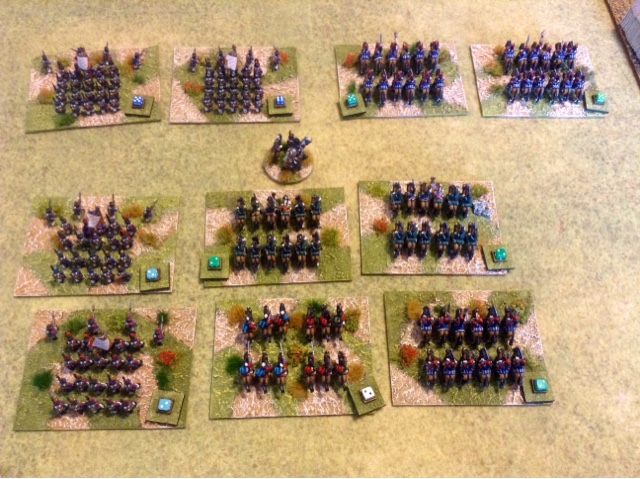 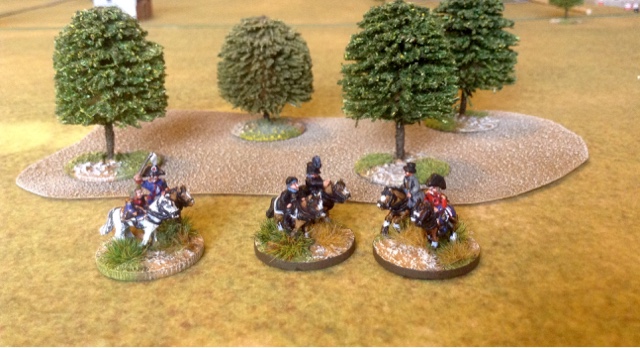