Where does all the time go???

As the title of the post suggests any spare time I have at the moment is scarce, working full time and looking after my daughters who are both under the age of 6 along with all the other complications thrown at you by life really doesn't leave you much time to play with and as a result my hobby of wargaming has taken a step to the side, hence the inactivity in recent weeks on my blog. So to update I have tried to where possible to at least to fit a game in here and there and recently I managed to grab a couple of hours so I could attend the local Durham Wargames show, which was a welcome break. Unfortunately I haven't  got around to any figure painting, so last night when my oldest daughter said I should do some figure painting as it had been a long time since I had,so I made a point of setting up the painting station , slapped the iPod on and got to work on some of my mantic walking dead figures which have been sat in their boxes now for a number of weeks, which I'm glad I did as it helps takes your mind off other issues and it was nice to see the figures although it was just the basic colours applied, starting to take shape. I've also just borrowed and started reading the first of Bernard Cornwalls series following the life of a certain Nathianiel Starbuck through the American civil war on the recommendation of a work colleague (who surprised me by his interest in the subject) , also I'm well into the third compendium of the walking dead series which I am really enjoying. I have also sold a few things off on eBay recently , I said fair well to my Deadmans hand 15mm collection and also decided to sell my 15mm WW2 American army (I have a large Russian force and German so the eastern front theatre of the war is what I'm going to concentrate on) with both sales going to pastures new abroad. So hopefully I will start getting a few more games in the upcoming weeks as its certainly part of the hobby I miss. I have uploaded  a few photos of the last game my dad and I played which was a WW2 break through scenario a number of weeks ago, i played a German SS force which had the difficult task of stopping the large Russian battlegroup from breaking through the hastley erected defensive lines. Despite some stubborn resistance from my German command group they eventually broke as the weight in Russian orders and numbers and eventually told. The game however confirmed again that the decision to convert to the Iron Cross rule system was a correct one as it was a very enjoyable and laid back game, and despite not using them for a while the game flowed really well with only a couple of mistakes been made throughout the game. Hopefully it won't be to long before I post again 😄
The game set up, I thought the terrain looked really nice 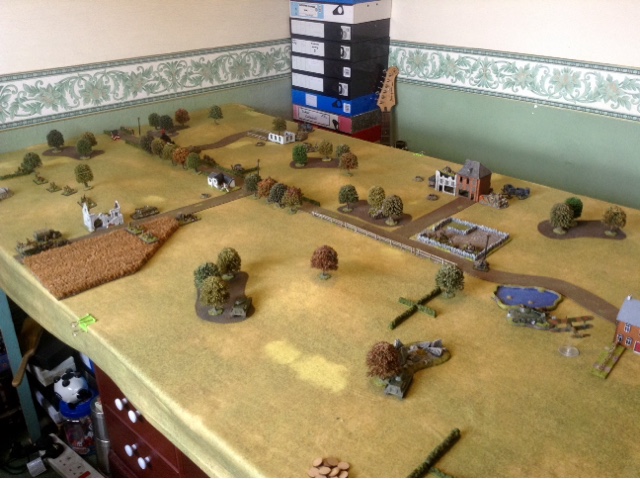 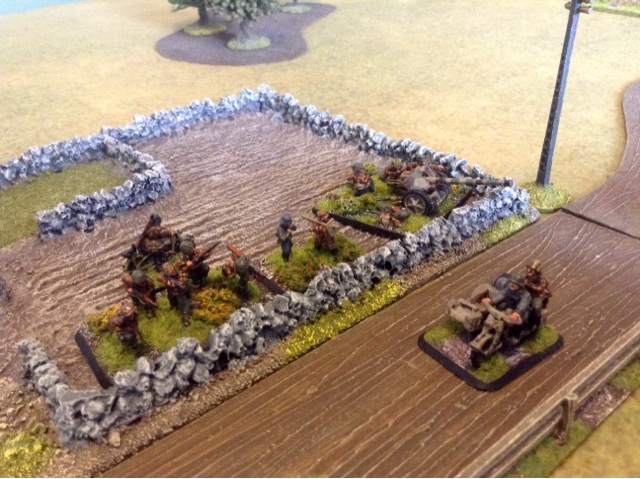 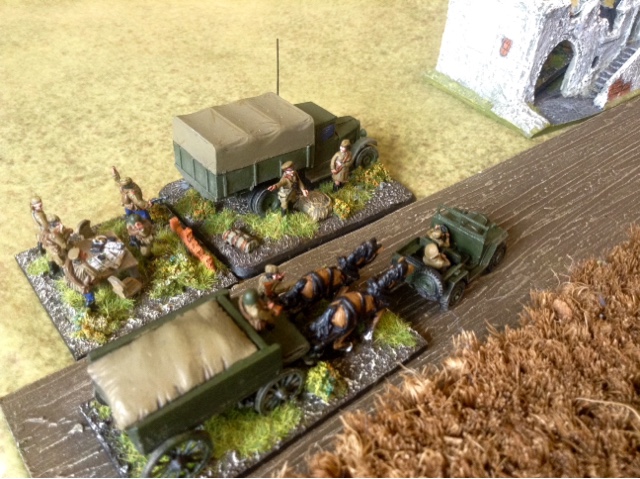 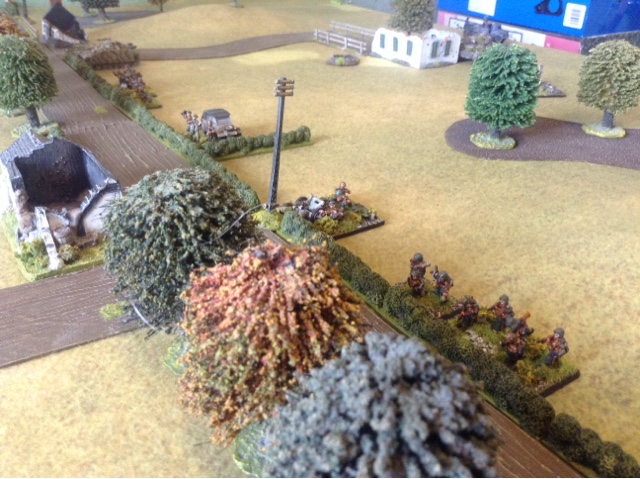 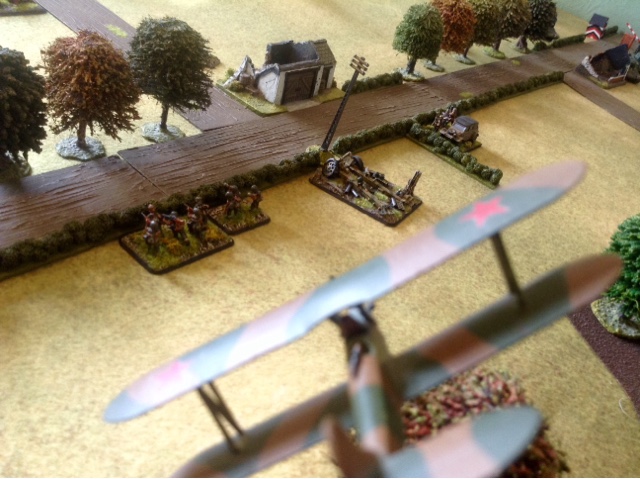 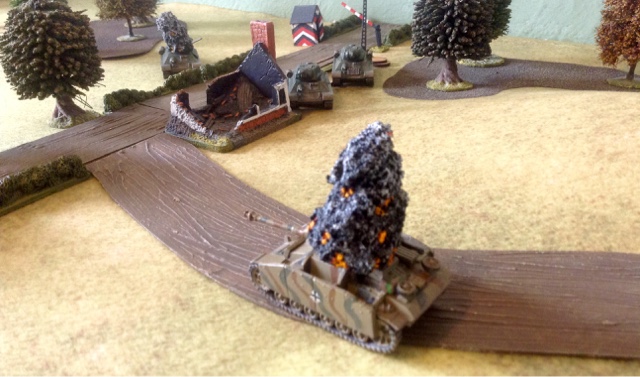 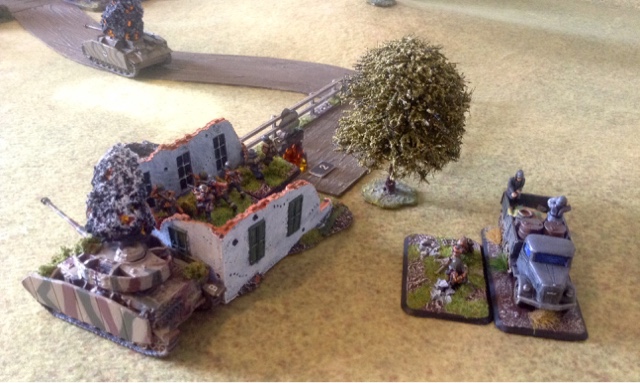 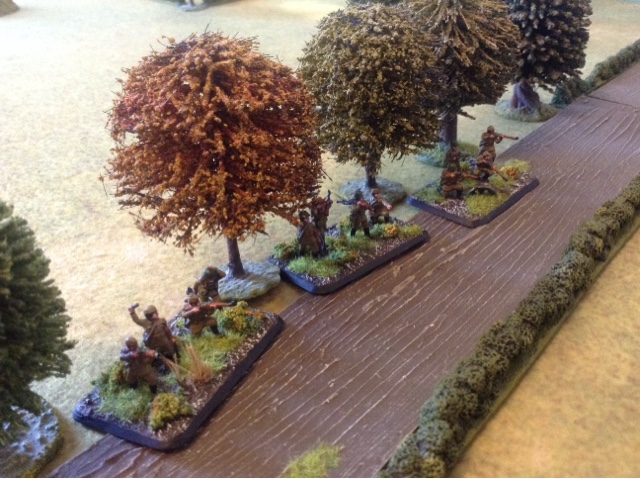 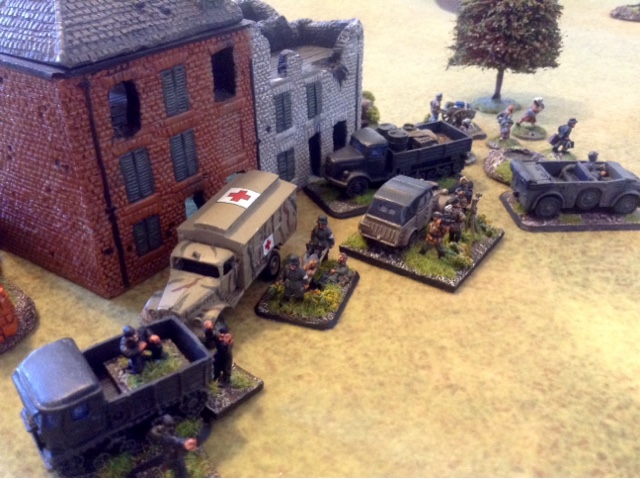 The victorious Russian comand group advance towards the German held town a few miles down the road,despite suffering casualties and losing a number of its armour in the battle,  it's another foot into the heartland of Germany for the Red Hammer.... 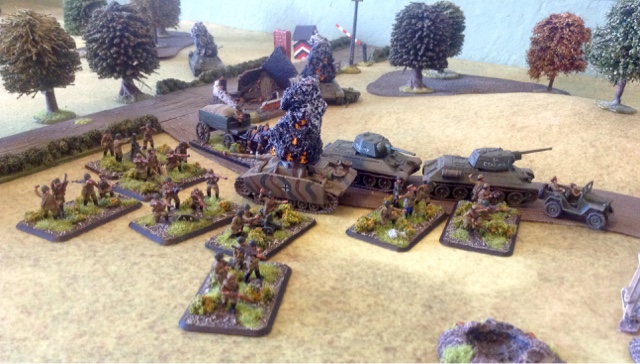 Another try at Pickets charge.... 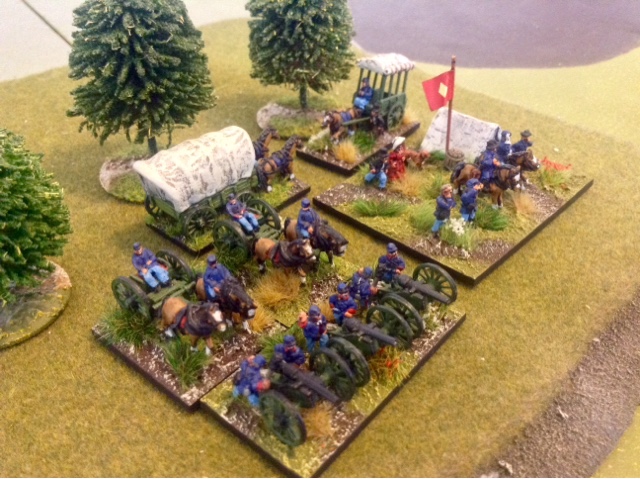 Last weekend we had another go at fighting a ACW game using pickets charge rules, this time without a couple of rule errors around the command phase which we had done wrong in our previous game. Once again I can only but commend the rules on what turned out to be a cracking game, there was plenty of highs and lows for both sides and in the later stages of the game It looked like I might be defeated using the Rebs as my Texan brigade began to fold like a pack of cards. However I managed to get them to steady there lines just as it looked like they were about to flee the battlefield and fight my way back in the game as the union left flank eventually started to withdraw after some heavy fighting. A stalemate result in the end but this game was anything but a bore draw. I particularly like the command phase and with some clever use of your staff officers you can really dictate how the battle will be fought, that is however if you can get them to deliver their orders which is not always the case ha ha. Pickets charge are definetly a set of rules which you should explore if you are a ACW wargamer, it gives a great feel for the period your fighting and despite the Rulebook being quite daunting when you turn the front page the game is reasonably easy to play. Here are a few photos of the game, this weekend will hopefully see us fighting a WW2 game to give my Russians and Germans a run out..
The battlefield at set up 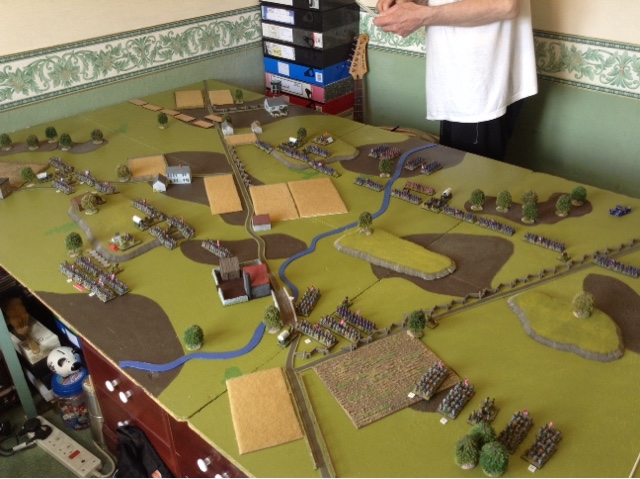 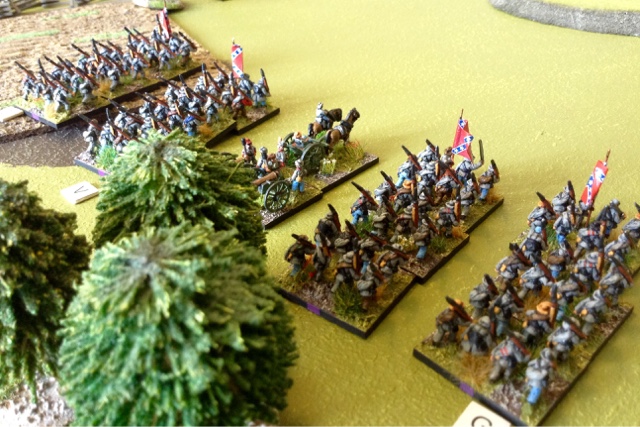 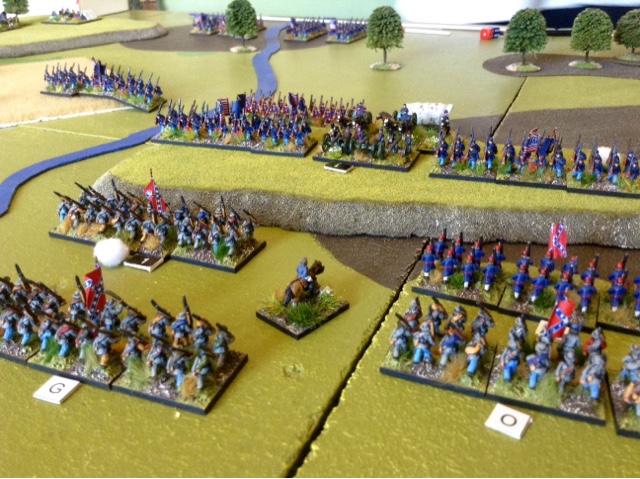 The thin Rebel line in the centre facing the out numbering Union troops who have just received support from the reserve brigade ,as the Reb reserves become hesitant just as they are needed. 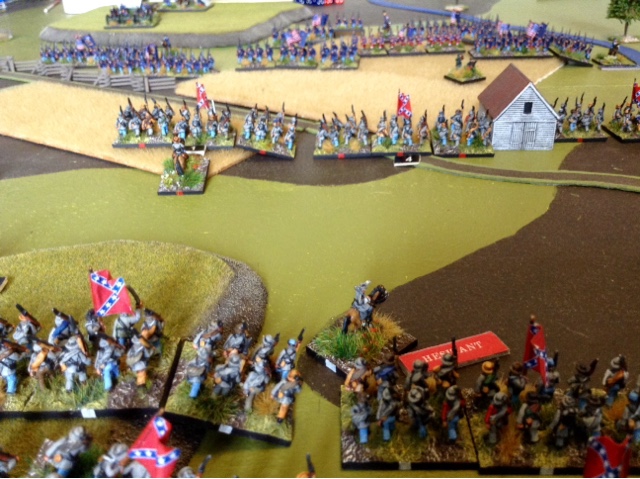 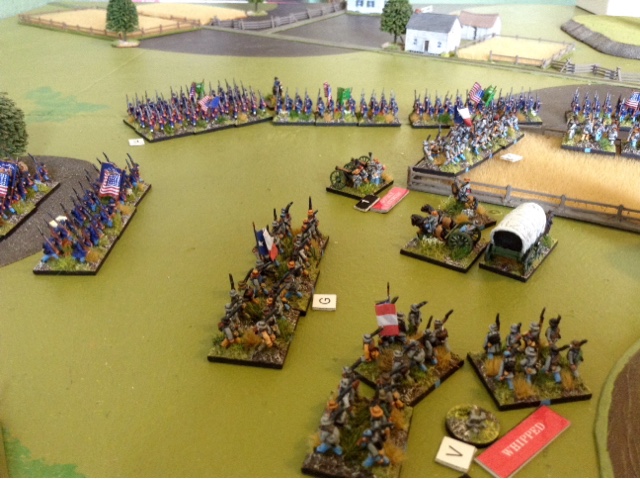 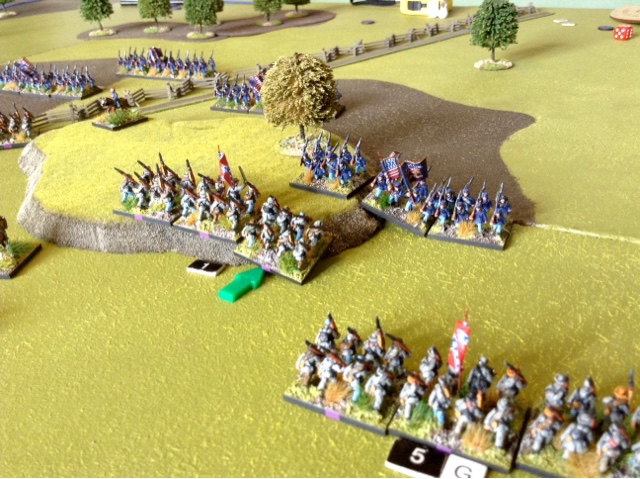 The battlefield in the thick of the action 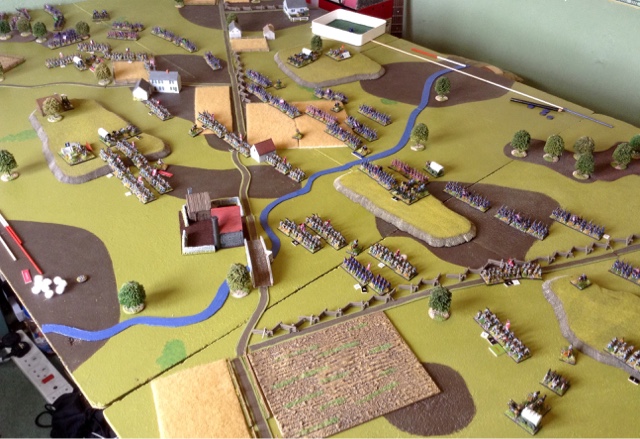 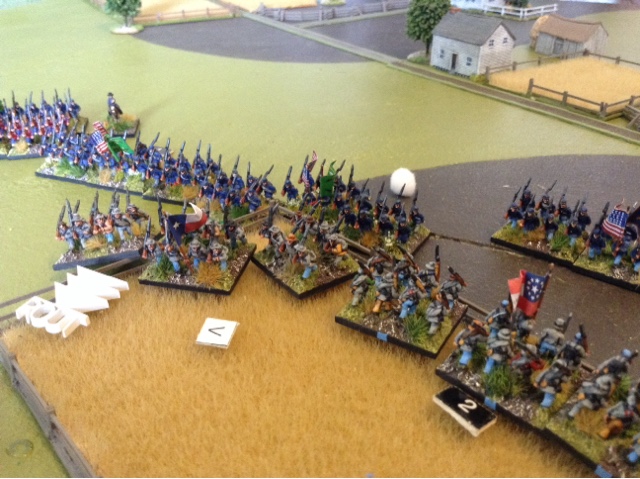 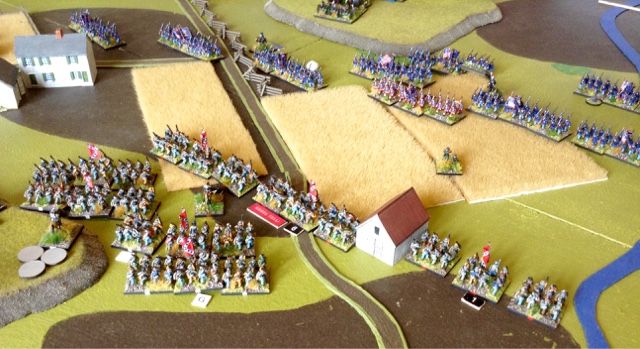 Having taken the high ground the rebels consolidate their position 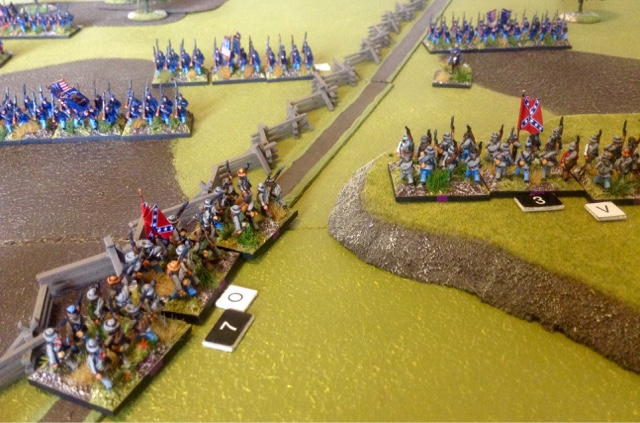 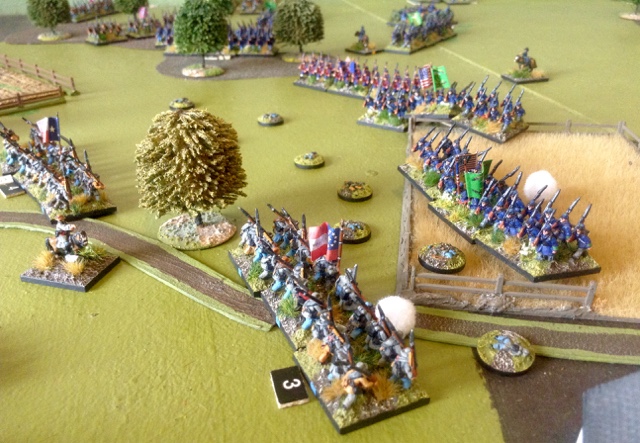 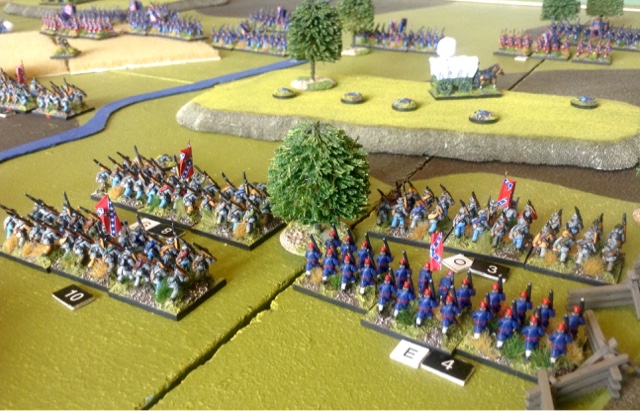 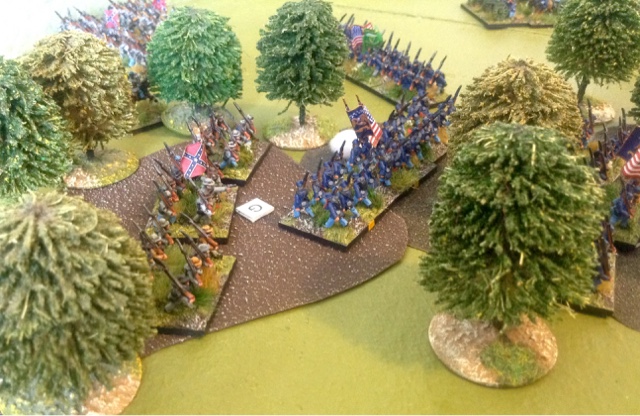 The Reb reserve brigade at the double 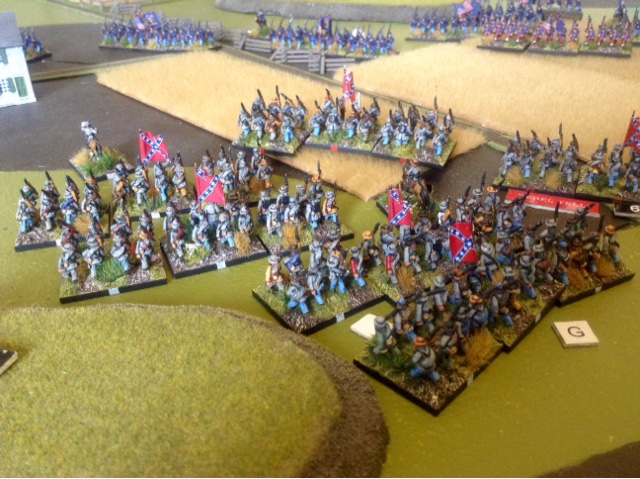 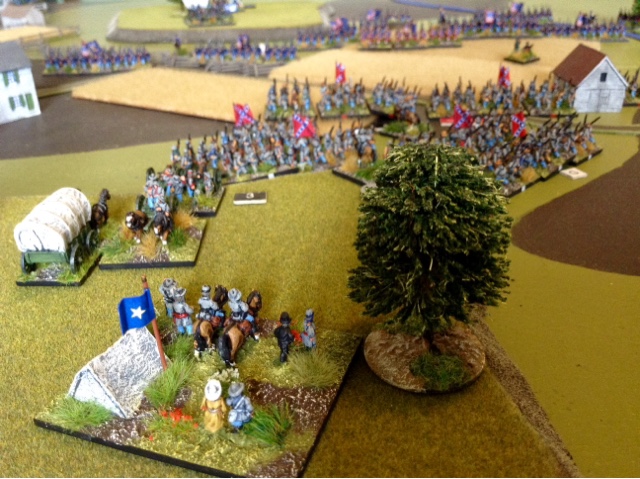