Well that was short and sweet.... 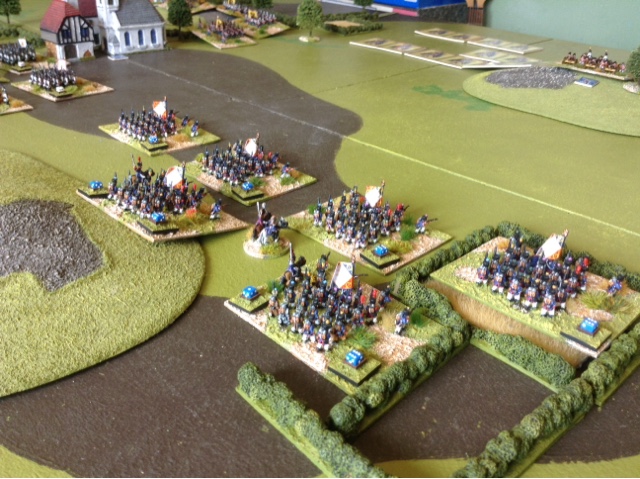 We ran a game of Blucher last weekend and it turned into a complete disaster for my French army as I was comprehensively beaten in a record time. My full on attack for the objectives back fired spectacularly and just after really an hours game time the game was over for the French as my brigades had been shot to pieces with very little in the way of casualties on the Austrains side. It wasn't my finest hour of wargaming tactics I must admit but when my dad rolled 5 dice and 4 rolled a six with his first artillery shot of the game which saw my lead brigade of the 1st Corp finished as a fighting unit I got the feeling it might just be one of those days! I was far to rash in attack and committed far to many troops across to vast a frontage to give myself any chance of winning, Still despite the heavy defeat I enjoyed using the rules again after alittle absence from them and I am already plotting revenge the next time I encounter the Austrains. Here are some photos of what action their was 😄 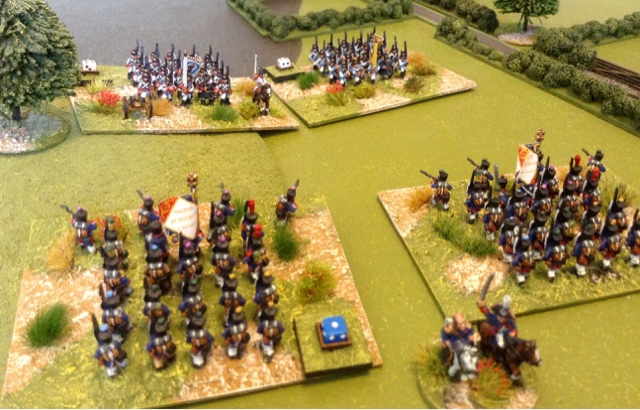 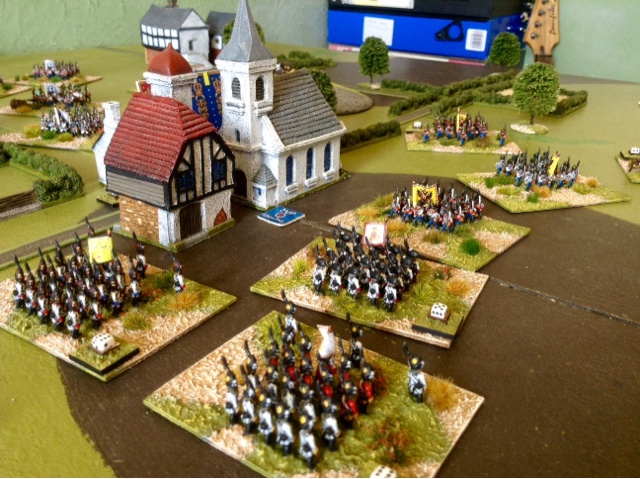 The large Cavalry attack launched by the Austrains 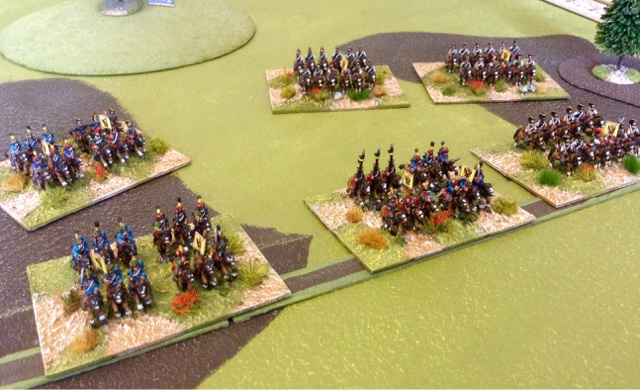 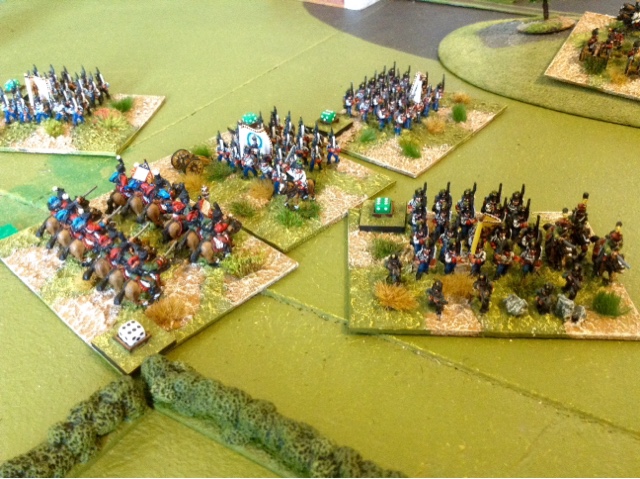 The French Dragoons try to with stand the Austrain cavalry onslaught 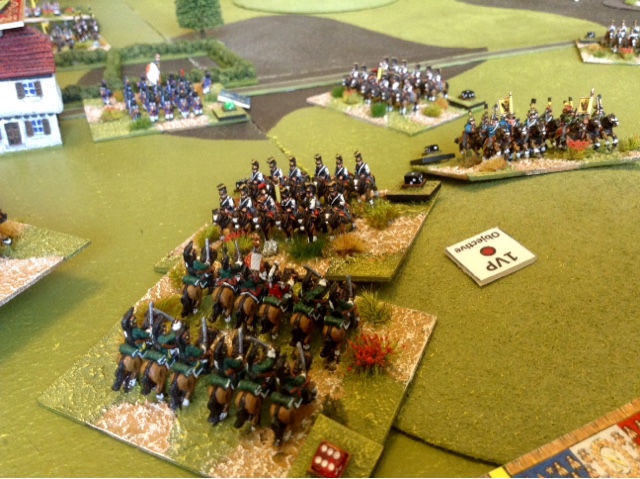 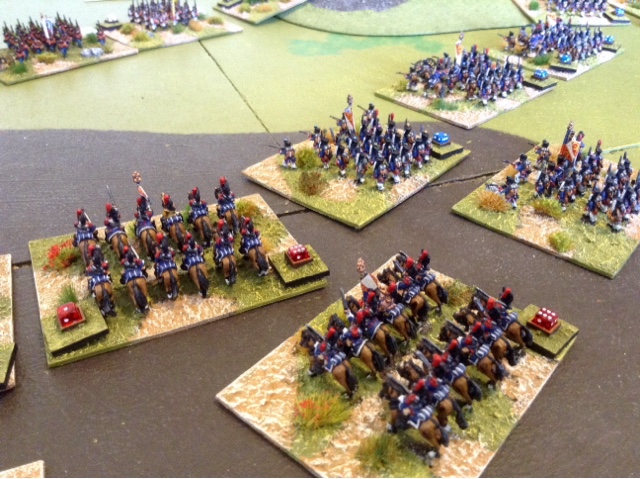 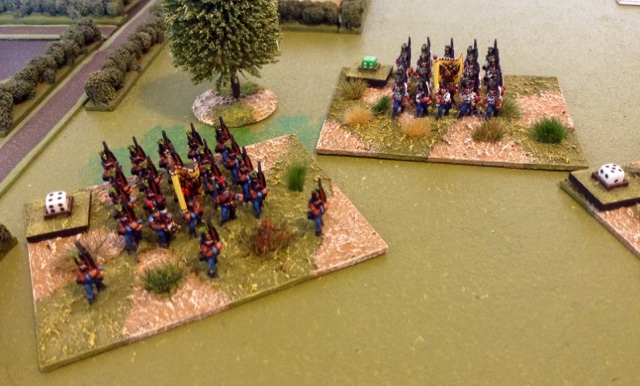 My favourite artillery unit, I love the uniforms of these Saxons 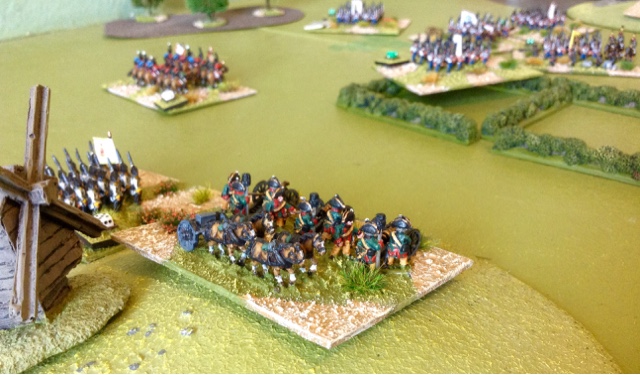 Last weekend I played my first game of my dads latest rule set addition for ACW , Pickets Charge. I must admit I was alittle daunted at first as we have been juggling around with a fair few rule sets for this period and there was a feeling of 'oh no not again' and after my dad briefly ran through the rules it felt a lot to take in. However these fears were quickly dismissed after a few turns and I quickly adapted  to the rules and the game mechanics, which I have to say are very very good. The game flowed at a decent pace with just the odd reference to the rules as my dad himself is just getting to grips with them, even by the last hour of the game I was already remembering scores required on the dice to hit and factors etc. 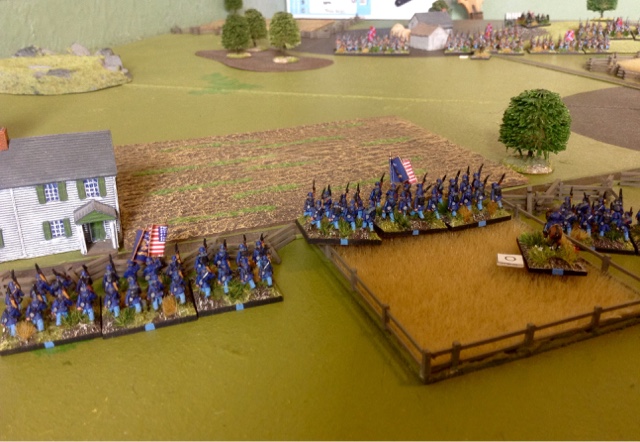 The Texan Brigade on the March 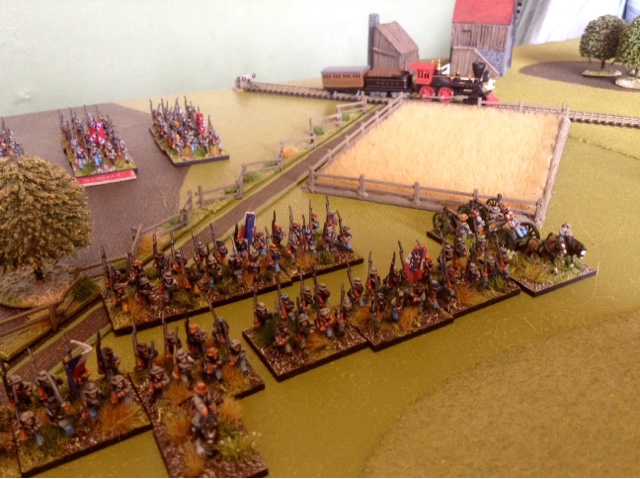 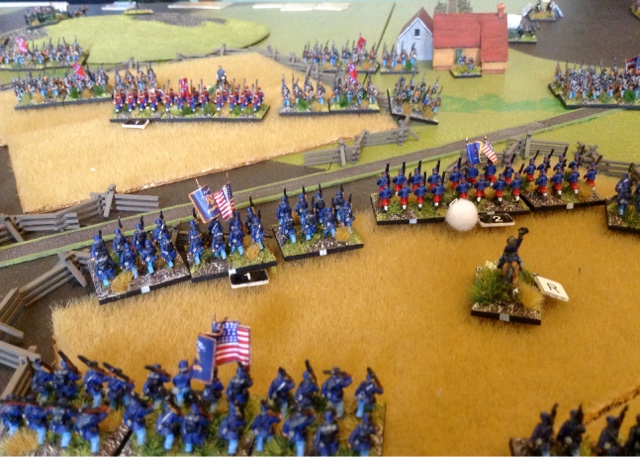 The command phase works very well, it almost had a feel of Blucher about it and on more than one occasion I was left with none to many staff offices to carry out the orders, really making you think had about how exactly you use your orders and where to focus your attack or defence. There is also the seeing the elephant rule and the (for short as I can't remember the full name) 'Dipity' test which as I found out much to my horror can have a devasting effect on your troops which really add a nice touch to the game, in one example a regiment my dads green Rebs really excelled in their round of firing and found themselves under the belief they were now a crack unit gaining the benefits from this rule. Elite troops worked well with their extra shooting dice and better morale but importantly they weren't  battle winners on their own as sometimes I have found with other rule sets can happen when they are given to many 'special rules'.

The Rebs form a defence line along the picket fencing 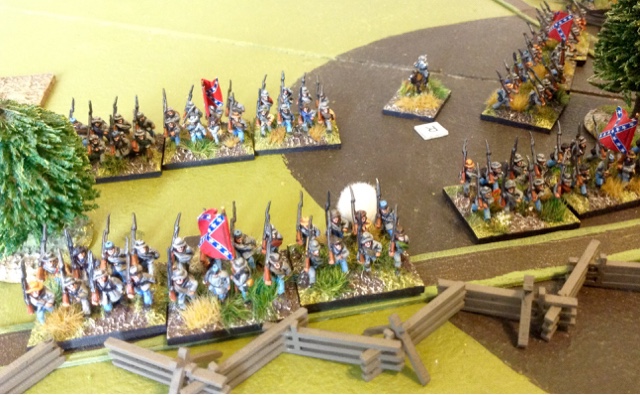 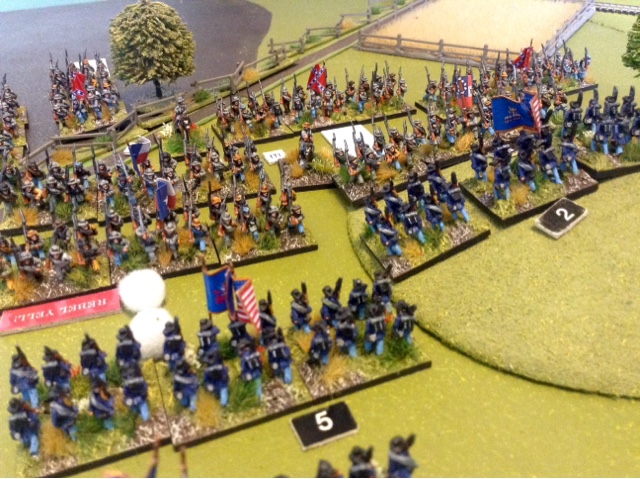 The union line faltering under pressure from the Rebs 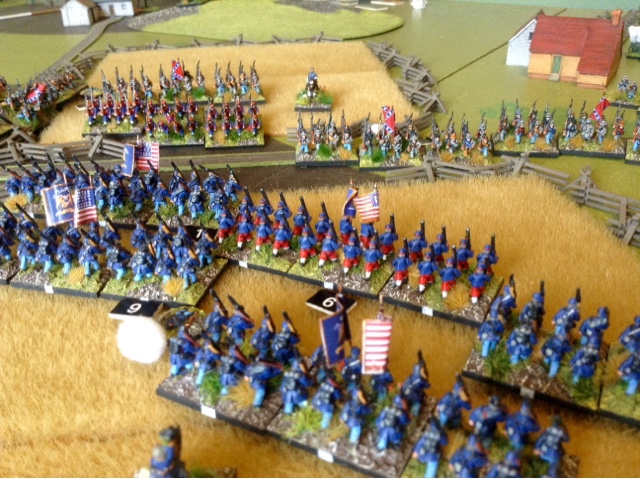 So all in all I liked everything about these rules, possibly I might have found the sniper team to be a little to effective but you don't mind when it's working for you 😄. Our game although a trial game was definetly tilting in favour of my dads Rebs as we drew to a close of play as my staff office dice started to desert me at a crucial time in the game really putting me on the back foot. I have very kindly been bought a set of the rules which over the course of the weekend I will be having a good read through so there will be no excuses next time out...

The final picture is of this lovely little train my dad purchased from eBay which makes a nice addition to the scenery of the game...all aboard..... 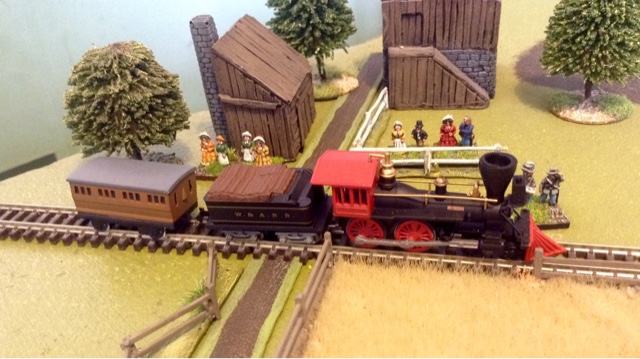